Capt. Engerer's son Earnest Engerer just died at the age of 94.  He might have been one of the oldest living persons in Laurelton from the early 1920's.  There might not be anybody around that even knew Capt. Engerer and his lions.  Ernie was just the opposite of his father, the "Capt.".  Ernie was a family man.  He had 4 daughters and 8 grandchildren.  They all lived on Long Island, close to their father and mother who is still alive.

Thanks Fred for the update.  Sorry to hear about the passing of Ernie.  For those of you who want to view a piece of Laurelton history long gone, please click on the link below to view additional photos that Fred has shared with us. 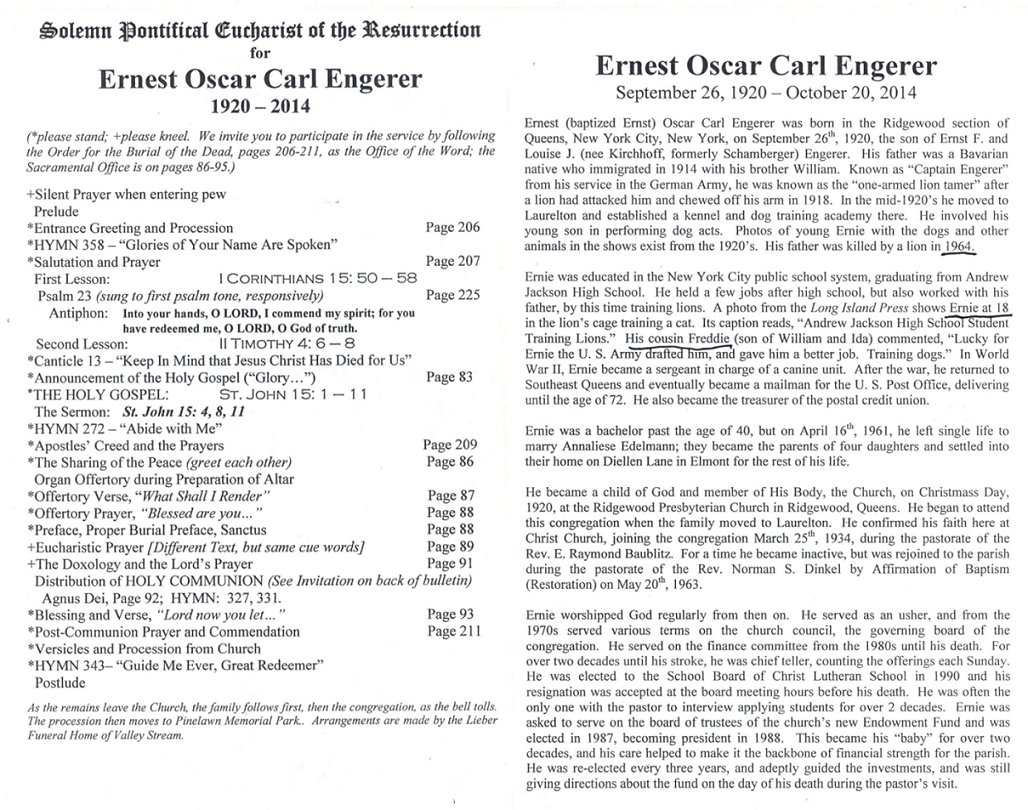 The attached photos are from the 20's, 30's and 40's.  Not too many folks will recognize them.  One has to be at least 80 years old.  I enjoyed reading some of the inputs on your website.  Especially a bout the stores directly across the street from 233rd Street.  That was my limit of travel as a kid.  Candy store, bakery, butcher shop and drug store.  I also remember the bike shop on the corner and across was Sterry's Bar and Grill.  My best friend, Jay Epstein had lived upstairs above the Italian vegetable store across the street also.  I didn't know Jay then...too young.

I first met Jay when we moved to Valley Stream.  He was 13 and I 14.  From all those years we were very close friends and family and all.  Jay spent 20 years as a police officer in Lynbrook.  Then police chief in Athens, N.Y.  He retired and moved to Lancaster, PA.  We both made many trips to each other's home.   I went to Jay's funeral in March, 2007.  I still miss my best friend.   Well, it's all history now.  Just two guys that grew up as kids in Laurelton and lived across the street from each other.

Some folks might know the son of Capt. Engerer.  His name is Ernest Engerer.  He turned 88 this year.  He lives with his family in Elmont, L.I., New York.  He attended P.S. 156 and Andrew Jackson High School.

All I can remember is some kids I played with.  They lived on the next street west of 233rd St.  Eddie and Larry Bergen, Philip Wittworth, plus the Schmidt's had a home directly behind the dog kennel.

Thanks so much Fredrick for your contribution to the Laurelton site.  I am so sorry it took so long to get this on line.  Fredrick as sent in some wonderful photos of Laurelton from 'back in the day'. 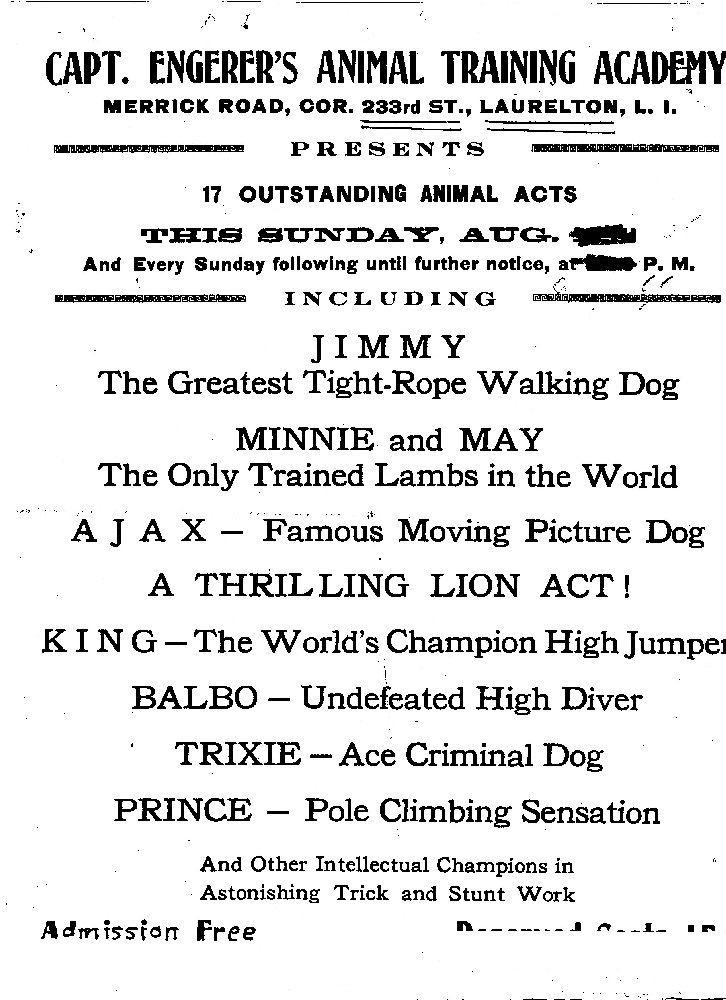